In December 2008, the Port of Hirtshals was able to add a new name to the list of companies in the port. On December 1 2008 a new stevedore company arrived at the port.

The company was called Hirtshals Stevedore ApS and was started by Uffe B. S. Nielsen, who previously worked for the shipping company Faroe Ship’s branch in Hirtshals.

UFFE B. S. NIELSEN SAYS IN CONNECTION WITH THE STARTUP:

– Hirtshals Stevedore ApS is addressing offers to port companies. We handle the cargo and unloading expeditions of ships at the port of Hirtshals in particular. With various unloading equipment such as 18 trucks from 1.5 tonnes to 60 tonnes and terminal tractors and 10.000 m2 refrigerated warehouse, we are well equipped to serve shipping companies, shipping companies and other port companies. In addition to the unloading expedition, we also have the hiring of temporary workers for, among other things, the unloading of containers.

Uffe B. S. Nielsen has purchased the equipment from Faroe Ship and taken over the stevedore at Hirtshals Harbor. Hirtshals Stevedore ApS is not affiliated with any particular company and can therefore service everyone. It is strong for Hirtshals to have a stevedore company that can work with all the brokers at the port, so this is good news, which means a lot to Hirtshals Harbor’s development as a freight hub in Northern Denmark. 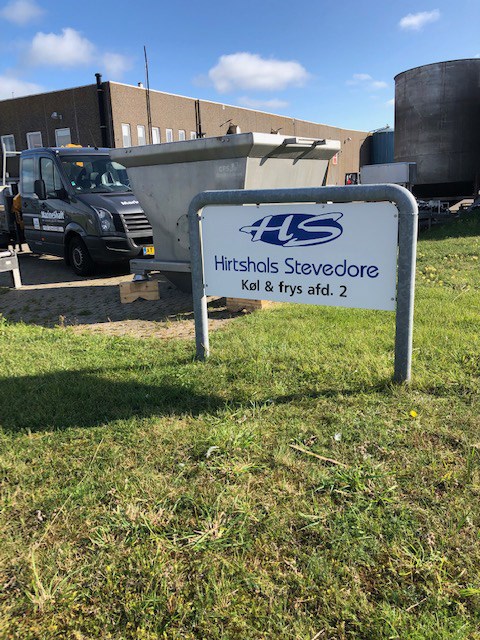 We can act at short notice, both day and night …

We manage loading and unloading services of ships at the Port of Hirtshals. With various unloading equipment such as 18 trucks from 1.5 tons to 60 tons/terminal tractor and we also offer 10.000 m2 Refrigeration, freezing and dry storage

We use cookies on our website to give you the most relevant experience by remembering your preferences and repeat visits. By clicking “Accept”, you consent to the use of ALL the cookies.
Cookie settingsACCEPTER
Manage consent

This website uses cookies to improve your experience while you navigate through the website. Out of these, the cookies that are categorized as necessary are stored on your browser as they are essential for the working of basic functionalities of the website. We also use third-party cookies that help us analyze and understand how you use this website. These cookies will be stored in your browser only with your consent. You also have the option to opt-out of these cookies. But opting out of some of these cookies may affect your browsing experience.
Performance

Performance cookies are used to understand and analyze the key performance indexes of the website which helps in delivering a better user experience for the visitors.

Advertisement cookies are used to provide visitors with relevant ads and marketing campaigns. These cookies track visitors across websites and collect information to provide customized ads.

Other uncategorized cookies are those that are being analyzed and have not been classified into a category as yet.

Analytical cookies are used to understand how visitors interact with the website. These cookies help provide information on metrics the number of visitors, bounce rate, traffic source, etc.